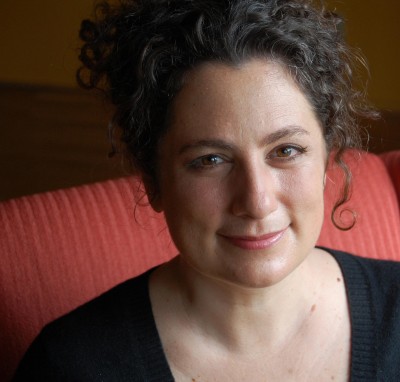 Alyssa Harad is a writer based in Austin, Texas. Her work has appeared in O: The Oprah Magazine, Marie Claire, The Chronicle Review, and the award-winning perfume blog Now Smell This. Alyssa grew up in Boise, Idaho. After completing her undergraduate degree in English at Harvard, she returned to her hometown where she worked (simultaneously) as a cook, a journalist, and a creative arts facilitator at a private psychiatric hospital. When the hospital drastically cut back its creative arts program she left to pursue her doctorate in English at the University of Texas. Throughout graduate school, she collaborated with therapists and others to work with girls and women, particularly survivors of sexual abuse and trauma.

Post-Ph.D. she worked as the development officer for a small non-profit, an unpaid program developer, and freelance hack writing everything from test questions and book reviews to the introduction and notes for the Simon & Schuster Classics series—the latter gig leading Google to suggest she is the co-author of My Antonia, Walden and other great works.

Coming to My Senses grew out of the surprising year Alyssa spent giving up on official plans and becoming totally obsessed with perfume. She is currently at work on a new book she can’t talk about much yet but she promises there will be art and magic in it. (And yes, for those of you who have asked, there will be sex. No murders, though. Yet.)