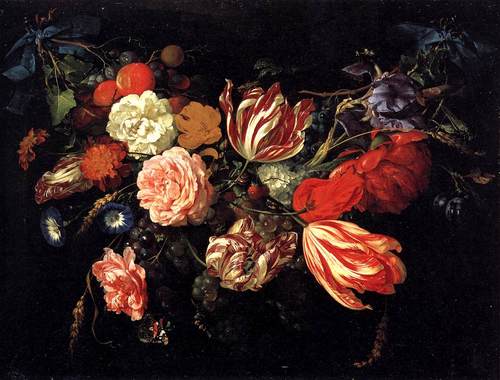 Flipping through the next few chapters of Coming to My Senses to look for unnamed perfumes, I was relieved to see that there weren’t quite as many as I feared.1 Let’s see how many we can get through in one post before we keel over, shall we?

On page 24 I mention a few of Robin Krug’s most memorable reviews for Now Smell This including one for Diptyque’s Philosykos (“not just figs but the whole fig tree…”) and Comme des Garcons’ strange but wonderful Harissa, which is still on my to-buy-a-decant list (“Red Hots melting into orange juice”). Both are still available and still good–blessings on the head of Comme des Garcons for keeping all its weirdo scents in production. Diptyque has just released an EDP version of Philosykos and it is available in a solid as well.

On page 34 I try my first samples from Luckyscent and encounter a couple of violet scrubbers that I cannot–swear!–remember the names of, but the “cheerful citrus-and-herbs concoction” that turned out to be a men’s cologne was Frank from the niche house Frank Los Angeles.  It is still available at Luckyscent which has replaced hard and fast gender divisions with a spectrum (brilliant) but they still put Frank farther over to the masculine side and I am still puzzled. The “perfume version of chai…sweetly dark and spicy, with a base of smoky tea” on pages 34-35 is, of course, L’Artisan’s Tea for Two. Or rather, was. It has been rumored to be on its way out for some time now and is no longer available at Luckyscent. The L’Artisan webpage lists it as “out of stock.”  I do see it on Ebay and at several discounters. [ETA: Good news. A helpful commenter below reports that it is still on sale in the 50 ml size at Barneys.]

I have already said more than enough about that honey perfume (pages 36-38), but for the sake of consistency it is Ginestet’s Botrytis.

On page 39 I receive some samples all the way from France. Those came from Hermes, long may they resist the greedy clutches of LVMH. They were Vetiver Tonka and Rose Ikebana I believe…

And oh my goodness we are on to…

Though I remember their scents very well, I do not, alas, remember the exact names of the rare essences I smelled on page 55 upon first meeting The Curator. I know one was a tree resin. The other may have been an aged oud. I would ask him but he’s moved to Mexico.

From there we rush on to page 73 and “Rasputin’s Armpit,” which, as I already revealed in my post on Chapter One, is Parfums d’Empire’s Ambre Russe.

And that’s it for Chapter Four’s unnamed perfumes.  I can’t believe it either.

Not much here until we get to the JAR Experience on pages 119-120.  In order: Golconda is the “cloud of fiery clove-cinnamon-edged carnations thick and lush enough to drown in.”  I tried this again recently and it was so beautiful I could scarcely believe it. It is so much more than just the spice and is now on my samples wish list because I need to sit quietly at home with it and follow the whole performance from overture to curtain close. Ferme tes Yeux, “the filthiest, sexiest, most expensive barnyard in the world,” is still all that and more and still available. Jardenia is still “an acre of gardenias blooming furiously in moist dirt and humid air,” with some diamonds scattered around the bushes for good measure. Diamond Water is still carnations “but lighter, touched with a sparkling chill…trailing other flowers and something like incense behind them.” Jarling I have down as “berries and wine at the end of a perfect sunny afternoon.” Perhaps, but I missed the whopping almond/heliotrope note that I smelled on my recent visit. Clearly need to revisit that one. Shadow is still “dark and sharp, smelling of dust, roots, caves and cellars” and so much more. It disappeared from the line up for awhile but it seems to be back. The final perfume is my beloved Bolt of Lightning, which I’ve written about here.

By the way, in 2011 JAR introduced Bed of Roses to the line. It has since been discontinued, but if you ask very nicely the SA will let you smell it, and even try it on your skin as a friend did on a recent visit. I smelled it only briefly, but on her it was smoky but not dark, vivid but transparent. A gorgeous paradox.

What else? Oh yes, that Serge Lutens I smelled at Barneys. The one with the honey note that made me dance (pages 128-129).

This remains a mystery to me, not because I can’t remember the name–it was Clair de Musc–but because, to my great disappointment, it never smelled that way to me again. Clair de Musc is a rare exception to the elaborate Moroccan souk fantasies that fill the Lutens oeuvre, a mild white musk with a citrusy top and yes, a pale veil of honey in the base. It is perfectly pretty perfume, the kind of thing a perfume-phobe might pronounce “nice and clean,” but it is hardly something that would inspire an impromptu solo performance of any kind.  Was my nose completely dead at that point? Was I smelling perfume on my hand instead of the strip? Who knows?  But this, my friends, is why you should never buy perfume on impulse at the counter after a day of sniffing…

1. Though my goodness there is nothing like scanning your own prose to make you wish you were a more succinct writer.